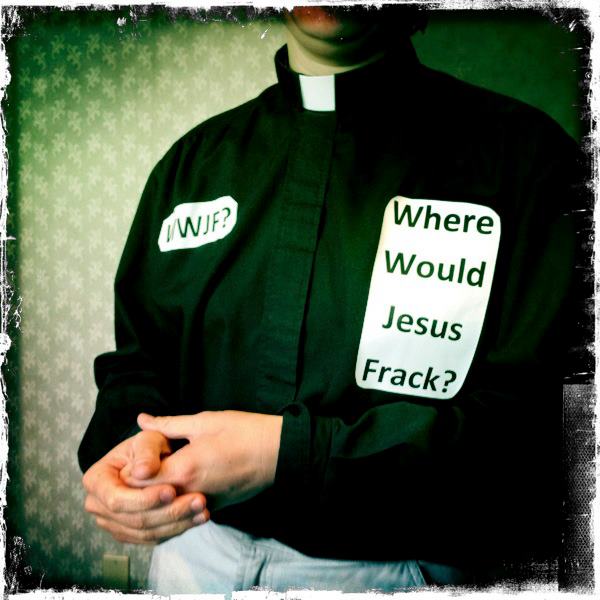 UPDATE…http://www.wired.com/geekmom/2012/07/fracking-my-family/ “We’re told that those who get their land drilled first will have the highest yields and the most money. One speaker demonstrated with a straw and a cup of soda, showing that wherever drillers (his straw) first pierced would have access to the most gas (soda) below. He slurped loudly, then asked if anyone thought he’d leave much behind for those who leased their land later.”

Oil and Gas Journal back in 2008 wrote about the draining effect (lower inital production rates of later drilled wells) of nearby minerals over time. This is possibly part of the explaination of why the TAD records mineral valuations for First Baptist Church (who had their wells drilled first) enjoyed higher valuations (plus the prices were higher back then), yet 17 months later when Grace Lutheran Church got their wells drilled, they had significantly less valuations and about 11% less production (over a 26 month comparison time frame). I  compared the 1H, 2H and 3H wells that started producing in 11/08 to wells 8H, 14H and 12H that were producing by April and August of 2010.  If anybody wants to point the blame, our ordinance should have mandated shut ins until the price goes back up….in fact, it is sheer nonsense to allow the drillers to use up our minerals at the worst possible price.  It is also sheer nonsense that they aren’t mandating emission controls for flying frack sand, and they are not mandating Green Completions. And even with Green Completions, something the EPA isn’t addressing for future mandates is the scrubbers needed for those flowback tanks (prior to a Green Completion). These scrubbers are available- I found a company called Vapor Point that sells these. Instead our ordinance losely asks for the drillers to use available emission control technolgies…..oh please….get some balls and mandate protections to the public will ya?

Since TX Statute 253.005 forbids drilling in heavily settled municipalities, I unsuccessfully ran for City Council Seat to try to enforce this. Since Urban Drilling, our drinking water has almost tripled for TTHM's. Before moving to Arlington in 1990, I lived in Norco’s “cancer alley”, a refinery town. It was only after Urban Drilling in Arlington did I start having health effects. After our drill site was established closest to my home, the chronic nosebleeds started. I know there are more canaries here in Arlington having reactions to our industrialized airshed (we have 55-60 padsites of gas wells). Come forward and report to me those having health issues especially if you live to the north/northwest of a drill site so I can map your health effects on this blog. My youtube account is KimFeilGood. FAIR USE NOTICE: THIS SITE MAY CONTAIN COPYRIGHTED MATERIAL THE USE OF WHICH HAS NOT ALWAYS BEEN SPECIFICALLY AUTHORIZED BY THE COPYRIGHT OWNER. MATERIAL FROM DIVERSE AND SOMETIMES TEMPORARY SOURCES IS BEING MADE AVAILABLE IN A PERMANENT UNIFIED MANNER, AS PART OF AN EFFORT TO ADVANCE UNDERSTANDING OF THE SOCIAL JUSTICE ISSUES ASSOCIATED WITH EMINENT DOMAIN AND THE PRIVATIZATION OF PUBLIC INFRASTRUCTURE (AMONG OTHER THINGS). IT IS BELIEVED THAT THIS IS A 'FAIR USE' OF THE INFORMATION AS ALLOWED UNDER SECTION 107 OF THE US COPYRIGHT LAW. IN ACCORDANCE WITH TITLE 17 USC SECTION 107, THE SITE IS MAINTAINED WITHOUT PROFIT FOR THOSE WHO ACCESS IT FOR RESEARCH AND EDUCATIONAL PURPOSES. FOR MORE INFORMATION, SEE: HTTP://WWW.LAW.CORNELL.EDU/ TO USE MATERIAL REPRODUCED ON THIS SITE FOR PURPOSES THAT GO BEYOND 'FAIR USE', PERMISSION IS REQUIRED FROM THE COPYRIGHT OWNER INDICATED WITH A NAME AND INTERNET LINK AT THE END OF EACH ITEM. (NOTE: THE TEXT OF THIS NOTICE WAS ALSO LIFTED FROM CORRIDORNEWS.BLOGSPOT.COM)
View all posts by Kim Triolo Feil →
This entry was posted in Uncategorized and tagged 37, arlington, Baptist, Barnett, catholic, churches, cityofarlington, drain, draining, feil, First, frac, frack, gas, GM, God, grace, greed, horizontal, Jesus, Kim, kimfeilgood, leasing, lutheran, Methodist, migration, mineral, minerl, Mount, natural, oilive, residents, royalties, rule, shale, simutaneously, steal, theft, Uncategorized, unit, units. Bookmark the permalink.