Posted on August 7, 2013 by Kim Triolo Feil
RIP Derek J. Main, as featured in this video, who led the Arlington Archosaur Site dig.
If anyone that participated in the UTA Dino Dig near the Viridian project has any information regarding alleged buried Jet Fuel Tanks, or if anyone has info on the actual remediation and clean up, please email me so I can update this story, thanks. 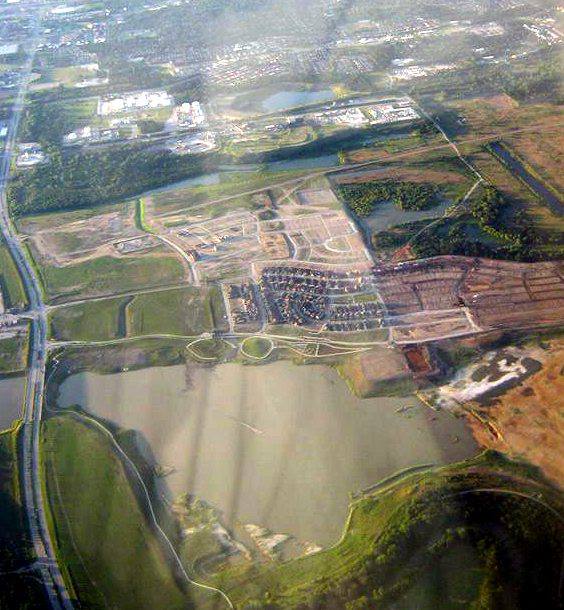 Tony Tennant wrote of this aerial pic of the AAS dino dig site on FB … “Used to pass by people noodling catfish out of some of those tanks down there, riding by on bicycle, waving and grinning.”
June 17 at 6:38pm

update 9/1/2013 spoke to Irving area resident who has lived north of the site since the 1970’s and he said there are 10 ft round, spill looking dead zone ares that nuthn’ grows in…this is east of Birds Fort.
I made a video of concern in the Viridian project a while back. there was two natural gas pad sites in that area that were plugged and abandonded that concerned me even before I heard about the alleged buried jet fuel tanks.
—– Forwarded Message —–
From: kim feil <kimfeil@sbcglobal.net>
To: “openrecs@tceq.texas.gov” <openrecs@tceq.texas.gov>
Sent: Wednesday, August 7, 2013 9:48 AM
Subject: Open Records Request

I am trying to find a list of underground, unremediated jet fuel storage tanks in the area of the Viridian project In Arlington. I am trying to verify if any Underground Storage Tanks preceeded your 1996 Approval Program and still remain.  A guy from the dino dig in that area told me of them allegedly still buried there.  Unfortunately, the person who told me this may be the UTA dig lead guy who was found deceased in a home accident….we are still awaiting the coroners report.
Here is a map of the addresses…you can see how some homes have already been built and more are planned to the north of Blue Lake Blvd just to the east of Collins St
————
Per the The Arlington Archosaur Site dissertation document….
http://www.arlingtonarchosaursite.com/images/Main_2013_AAS_Dissertation.pdf
“The AAS is situated in a field, south of Trinity Blvd and east of South Main St at the intersection of Calloway Cemetery Rd. and Main. The fossils occur on a hillside where the Woodbine Formation is exposed in outcrops facing south. AAS coordinates: N 32 ̊48.635 and W 097 ̊ 04.757″ 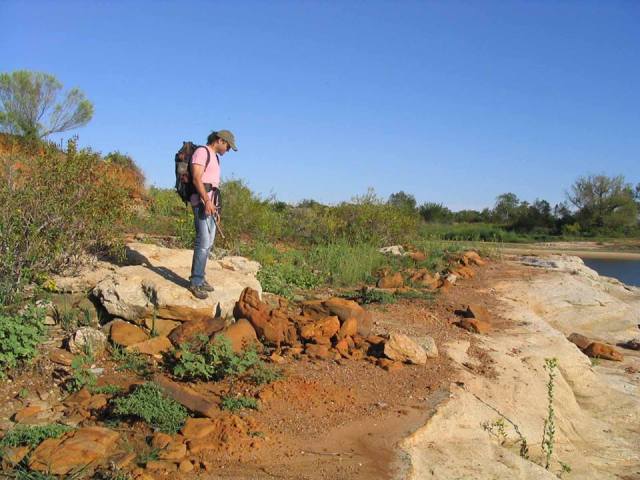 RIP Derek Main … you touched so many lives.

Since TX Statute 253.005 forbids drilling in heavily settled municipalities, I unsuccessfully ran for City Council Seat to try to enforce this. Since Urban Drilling, our drinking water has almost tripled for TTHM's. Before moving to Arlington in 1990, I lived in Norco’s “cancer alley”, a refinery town. It was only after Urban Drilling in Arlington did I start having health effects. After our drill site was established closest to my home, the chronic nosebleeds started. I know there are more canaries here in Arlington having reactions to our industrialized airshed (we have 55-60 padsites of gas wells). Come forward and report to me those having health issues especially if you live to the north/northwest of a drill site so I can map your health effects on this blog. My youtube account is KimFeilGood. FAIR USE NOTICE: THIS SITE MAY CONTAIN COPYRIGHTED MATERIAL THE USE OF WHICH HAS NOT ALWAYS BEEN SPECIFICALLY AUTHORIZED BY THE COPYRIGHT OWNER. MATERIAL FROM DIVERSE AND SOMETIMES TEMPORARY SOURCES IS BEING MADE AVAILABLE IN A PERMANENT UNIFIED MANNER, AS PART OF AN EFFORT TO ADVANCE UNDERSTANDING OF THE SOCIAL JUSTICE ISSUES ASSOCIATED WITH EMINENT DOMAIN AND THE PRIVATIZATION OF PUBLIC INFRASTRUCTURE (AMONG OTHER THINGS). IT IS BELIEVED THAT THIS IS A 'FAIR USE' OF THE INFORMATION AS ALLOWED UNDER SECTION 107 OF THE US COPYRIGHT LAW. IN ACCORDANCE WITH TITLE 17 USC SECTION 107, THE SITE IS MAINTAINED WITHOUT PROFIT FOR THOSE WHO ACCESS IT FOR RESEARCH AND EDUCATIONAL PURPOSES. FOR MORE INFORMATION, SEE: HTTP://WWW.LAW.CORNELL.EDU/ TO USE MATERIAL REPRODUCED ON THIS SITE FOR PURPOSES THAT GO BEYOND 'FAIR USE', PERMISSION IS REQUIRED FROM THE COPYRIGHT OWNER INDICATED WITH A NAME AND INTERNET LINK AT THE END OF EACH ITEM. (NOTE: THE TEXT OF THIS NOTICE WAS ALSO LIFTED FROM CORRIDORNEWS.BLOGSPOT.COM)
View all posts by Kim Triolo Feil →
This entry was posted in Uncategorized and tagged Albert, Allen, amanda, anderson, angela, angie, anissa, Army, art, austin, autumn mist, barbara, Bennett, Bill, blue, bluelake, bluelake blvd, brown, buried, camp, canton, Charlie, chris, christopher, city, cityofarlington, collins, colvin, Corps, council, daniel, darlene, dave, david, department, derek, dr, drumheller, earth, emily, engineers, eric, expsoure, flores, fox, frazer, fry, fuel, geb, George, grandstaff, greene, hankins, j, jackie, jade, jasmine, jason, jeremy, jet, jv, kevin, kimbell, kimfeilgood, kirchoff, kline, lake, lane, legend, llc, ln, main, marge, maswell, miramontes, mist, morning, motheral, nathan, nolan, noto, of, olivia, osen, parker, parris, Pat, peterson, phil, r, rachel, rachell, remediation, Rich, Robert, rogery, ronnie, rpl, sahlstein, sciences, scotese, scroggins, st, stephanie, stewart, sumerfelt, sutumn, tanks, tennant, teresa, thornton, tony, travis, Uncategorized, underground storage, UTA, uta earth sciences department, van vranken, vanVranken, viridian, viridian park, walker, Way, weishampel, white. Bookmark the permalink.