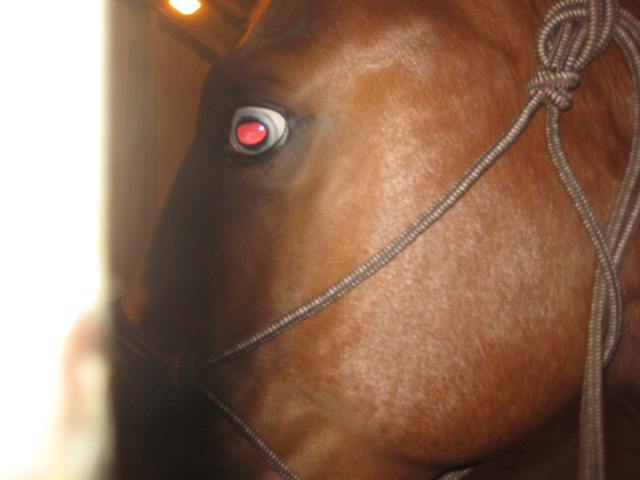 Gas well deliquification is needed to keep production up. 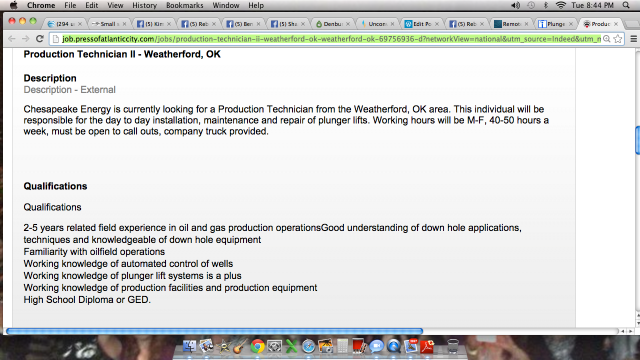 I was hoping they don’t use these “Plunger Lifts” as a report on methane losses concluded that “wells with plunger lifts were estimated to account for 70% of emissions from unloadings nationally”.

Then there are the Nitro Lifts…one created a visible emission event in Pantego on 3/4/2011 ref TCEQ investigation #914402.  The TVA (toxic vapor analyzer) recorded 1,140,000 ppb of VOC’s (NEAR MY SONS SCHOOL) and well…no violations were found. 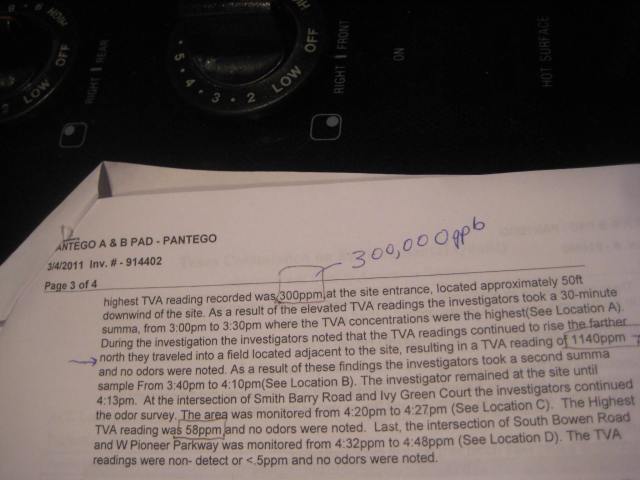 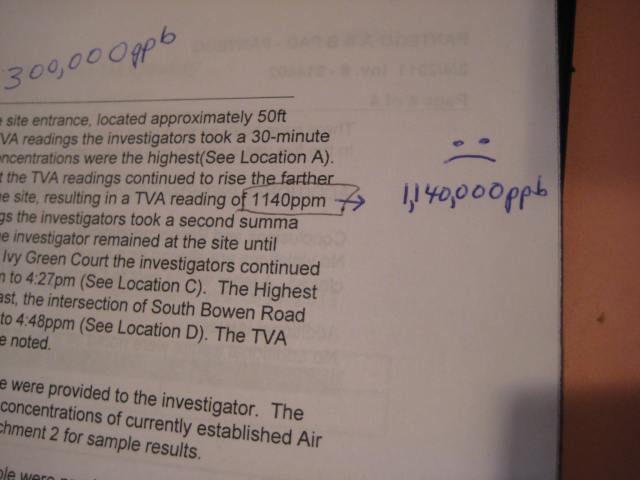 TCEQ investigator, Jessica Minley, went on to work for the City of Arlington as a gas well inspector. As a city employee she investigated the Truman Entertainment District stank event (1/31/13) . Open records revealed five fire trucks, one medic, and an odor complaint two miles away yet NO VIOLATIONS were FOUND – even though her field notes say otherwise. Click here to see the video of those who witnessed the stank event, and read here about more fracking “incestuous” job hoppers.

Now about those lift jobs…..AOGR says “With at least 15 methods of artificial lift now being used to deliquify gas wells, and several more combinations and permutations, operators are often in a quandary concerning exactly what method or system to use. To this end, the Artificial Lift Research & Development Council, a nonprofit organization that promotes the development and sharing of recommended practices…”

There are even LIFT conventions…..http://www.eagle-ford-production-2014.com/  “….the biggest points of contention surrounding Eagle Ford wells are not how to get them producing large volumes of oil but more critically, how to keep them producing. A recent Wood Mckenzie study shows that most Eagle Ford wells typically drop off between 70 – 80 % in the first year. “

In keeping with the database of letters I post to my blog along with the sexual undertone content of this post -here ya go and read the industry guy’s letter about a worker losing his life and the tone gets very serious and then the following video is…well not upLIFTing. 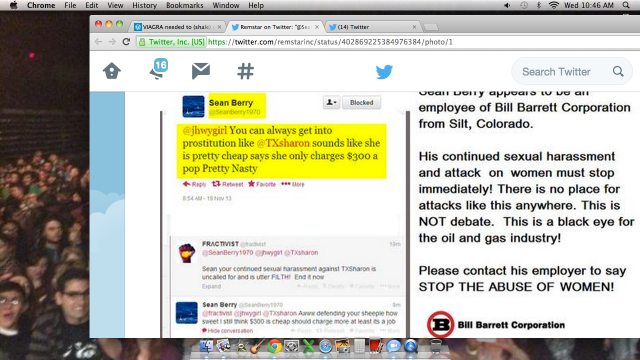 Mr. Felton, please be advised I reported a complaint with your third party contractor in viewing this tweet. https://twitter.com/remstarinc/status/402869225384976384/photo/1  To follow up on the progress of this complaint, you can reference this information… BBC-13-11-0001 PIN 7040
But in retrospect, I now have guilty feelings (via “my” most recent blog post) making fun that Viagra is needed for lift compression equipment. So I may not be any better than Mr Sean Berry who is said to work for your company.
A good debate on social media to share info with some folks concerned about fracing is needed, but this twitter string went bad fast.
Through the the twitter string though I found the story….. Fracking Gave Me Gonorrhea , but more importantly I found this comment on the article that reenforces why I so distrust that the industry cares only about cutting corners…..
David Bruce OHara · FSU, UAH wrote on this comment string….
“Working outside in Wyoming winters was cold for this Florida native so i had a beard then. On one job, I drove as far as I could in my tandem axle C60 truck and then a Cat had to drag my truck the last few miles in the snow to the rig. We were stopped at a guard house 1/2 mile from the rig where I was handed a gas mask and a razor and was told “The gas mask won’t seal on a beard and the well produced hydrogen sulfide (seriously bad stuff)”. Everyone on the job wore masks and they were supplied from a central air supply. The guy up on the platform 90′ over the rig floor who helped move drill pipe kept complaining about his air. I looked up just in time to see him try to come down the ladder and then pass out and fall. Safety line caught him and Oxygen brought him around and he went back to work.I was a drill stem tester who went from rig to rig measuring bottom hole pressure and I did everything the roughnecks did. I was on the floor of a rig when they were pulling pipe after a test. The pipe was filled with natural gas saturated drilling mud and this was illegal and every 90′ section would produce a cascade of warm mud and then the pipe in the hole would bubble evilly and every now and then shoot a geyser of mud to the crown of the rig. You could see the gas saturated with water vapor settling on the rig floor as a thin fog and I was terrified. I was so scared I complained to the “company hand” about ti and went into the doghouse and got my instamatic camera and took pictures thru the window. The company hand got pissed and told me to “fucking get the hell off the rig site”. When I got back to town, my boss who was out of town was so pissed at me that he said he would fire me when he got back. That night, the rig called our competition to test the well making my boss even angrier. During the night,it was cold so they had the rig floor heaters on, the gas breaking out of the mud hit a pilot light on a heater and blew the rig down.Killed one roughneck, burned two others, the tower hand said he saw the fireball coming up and dove over the side and rode the Geronimo line to safety. I did not get fired. This was the same sort of accident that happened to the BP well in the Gulf of Mexico.I could go on and on with stuff like this.”
Reply · Like · Follow Post · October 23 at 12:36pm
—————————————————————–
HERE’S A VIDEO THAT REMINDS ME OF WHAT  MR. OHARA JUST DESCRIBED…..
As I type this letter, I am waiting by my phone for a PET scan result to see if my husbands cancer treatments worked. My teenage son has had some urine and blood work that shows that he may have a biomarker for an adrenal tumor. Years ago my son had BP like symptoms and was lethargic for ten days from what I think was a cooling inversion from the UTA drill site..I tell you all this because we have been living in the middle of Urban Drilling now for over 6 years. I myself have seen my health go south. But in January when they were putting the wells into production (for the padsite that is the closest to our home just two blocks away) three things happened….
1) Odors came into my home
2) My teen started getting rashes
3) My husband’s lymph nodes started to swell
I may never prove that drilling, fracing, and flowing back into open hatch tanks, along with chronic storage tank emissions damaged our health, likewise the INDUSTRY CANNOT PROVE THEY DID NOT damage our health.  If this is the ONE THING that we “can” agree on, then let the REAL discussions and solutions begin…. only I fear this is too late for my family.
Kim Feil
https://barnettshalehell.wordpress.com/TEX LG. CODE ANN. A§ 253.005 : Texas Statutes – Section 253.005: LEASE OF OIL, GAS, OR MINERAL LAND
“(c) A well may not be drilled in the thickly settled part of the municipality..”Texas Administrative Code, Title 30, Part 1, Chapter 101, Subchapter A,
Rule 101.4, Environmental Quality, NuisanceNo person shall discharge from any source whatsoever one or more
air contaminants or combinations thereof, in such concentration and
of such duration as are or may tend to be injurious to or to adversely
affect human health or welfare, animal life, vegetation, or property, or
as to interfere with the normal use and enjoyment of animal life, vegetation,
or property.

Since TX Statute 253.005 forbids drilling in heavily settled municipalities, I unsuccessfully ran for City Council Seat to try to enforce this. Since Urban Drilling, our drinking water has almost tripled for TTHM's. Before moving to Arlington in 1990, I lived in Norco’s “cancer alley”, a refinery town. It was only after Urban Drilling in Arlington did I start having health effects. After our drill site was established closest to my home, the chronic nosebleeds started. I know there are more canaries here in Arlington having reactions to our industrialized airshed (we have 55-60 padsites of gas wells). Come forward and report to me those having health issues especially if you live to the north/northwest of a drill site so I can map your health effects on this blog. My youtube account is KimFeilGood. FAIR USE NOTICE: THIS SITE MAY CONTAIN COPYRIGHTED MATERIAL THE USE OF WHICH HAS NOT ALWAYS BEEN SPECIFICALLY AUTHORIZED BY THE COPYRIGHT OWNER. MATERIAL FROM DIVERSE AND SOMETIMES TEMPORARY SOURCES IS BEING MADE AVAILABLE IN A PERMANENT UNIFIED MANNER, AS PART OF AN EFFORT TO ADVANCE UNDERSTANDING OF THE SOCIAL JUSTICE ISSUES ASSOCIATED WITH EMINENT DOMAIN AND THE PRIVATIZATION OF PUBLIC INFRASTRUCTURE (AMONG OTHER THINGS). IT IS BELIEVED THAT THIS IS A 'FAIR USE' OF THE INFORMATION AS ALLOWED UNDER SECTION 107 OF THE US COPYRIGHT LAW. IN ACCORDANCE WITH TITLE 17 USC SECTION 107, THE SITE IS MAINTAINED WITHOUT PROFIT FOR THOSE WHO ACCESS IT FOR RESEARCH AND EDUCATIONAL PURPOSES. FOR MORE INFORMATION, SEE: HTTP://WWW.LAW.CORNELL.EDU/ TO USE MATERIAL REPRODUCED ON THIS SITE FOR PURPOSES THAT GO BEYOND 'FAIR USE', PERMISSION IS REQUIRED FROM THE COPYRIGHT OWNER INDICATED WITH A NAME AND INTERNET LINK AT THE END OF EACH ITEM. (NOTE: THE TEXT OF THIS NOTICE WAS ALSO LIFTED FROM CORRIDORNEWS.BLOGSPOT.COM)
View all posts by Kim Triolo Feil →
This entry was posted in Uncategorized and tagged Alfaro, alrdc, american, Anadarko Petroleum, artificial lift, austin, Barnett Shale, barrett, Bill, billbarrett, brian, Bruce, Carlos, Carratu, carrizo, churchill, Cliff, completions, compression, conoco, ConocoPhillips, david, davis, eagleford, energy, Engineer, Engineering, exploration, Facilities, felton, Fleharty, gas, gonorrhea, Gus, harrassment, jake, Jamieson, jason, jim, juan, Kannan, kennedy, Klein, Krawietz, lead, lewis, lift, Lifts, Lundy, manager, Marathon, matthew, McCarthy, Murphy, Nitro, nitro lift, Nwabuoku, ohara, oil, Oil & Gas, onshore, operations, Optimization, paul, penn, performance, pet, phillips, plunger, plunger lifts, plungerlifts, president, Primera, production, reservoir, resources, Ro, SCADA/Automation, scan, scan cat, scott, sex, sexual, shale, ss Magee, Statoil, Subash, Subsurface, Supervisor, technology, texas, tom, tumor, twitter, Uncategorized, US, Vegas, Venado, viagra, Vice, Virginia, worker letter. Bookmark the permalink.