May 2015 UPDATE  Great now we add wind direction to the LIST of things that can hamper vehicles getting to a padsite or compressor station.…the trucks need to get to each site daily to evacuate the produced water from the storage tanks or risk them overflowing if the padsite is not equipped with an offsite auto shut off system and even then those auto systems have failed in at least 3 urban drilling emergency events that I am aware of…Fulson Site, Pappy Elkins, & Ederville padsites.

APRIL 2015 UPDATE…
Last week at a town hall meeting I asked our fire chief if there is a major emergency, like a big earthquake, or tornado, or icy road conditions where emergency vehicles cannot get to a drill site that you can hear gas escaping from if maybe one citizen in each neighborhood could be appointed to be trained to know where the red button is to go onsite and shut down the wells. I was told that citizens cannot do that and to call 911. David Cozad, who is running against Joe Barton, chimed in that the drillers can sue you for criminal trespass. My take away is that ER cannot be everywhere should a disaster strike and if you heroically save your neighborhood so be it you get sued-make that your call…otherwise if you hear gas escaping (jet engine sound) don’t use your cell phone or start your car, just evacuate on foot and try to know which neighbors cannot evacuate and try to help them too.
If official personnel cannot get to a drill site spilling or spewing, and if remote/offsite shut-in electronics fail….isn’t it up to the homeowner to try to minimize trespass of toxic effulents to their property that risks their family’s health?
Here are all good reasons urban drilling towns need  *TRAINED citizen volunteers to hit the red button if need be….
1)Earthquakes (yep we’ve started having them)

…this is Arlington Virginia not Arlington Texas that is quake ready or should I say frackquake ready..

2) Frigid temps, (like the Ederville drill site had-when the red button didn’t work all the way)

3) Bad storms (like the one we had last Thursday by the Cowboy Stadium drill site  & like the simultaneous events in 2011 where two drill sites in Arlington had spewing gas wells that took hours to resolve)
4) Terrorist events tying up our EMS resources &
5) Floods (yep we had one by Cowboy Stadium drill site last June)
6) Bio-epidemic events (like Ebola) that could upset the economy and gas well site attendants, truck drivers etc.. stop working.
7) Sinkholes
8) If an active fire is on a padsite and the wind is blowing in the wrong direction which presents a threat to emergency personnell..
9) Forest fire 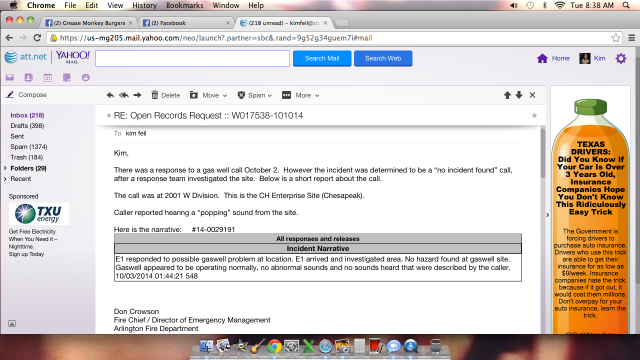 Last December I asked for this...hey people how bout’ helping me contact these officials if you agree this training is necessary? 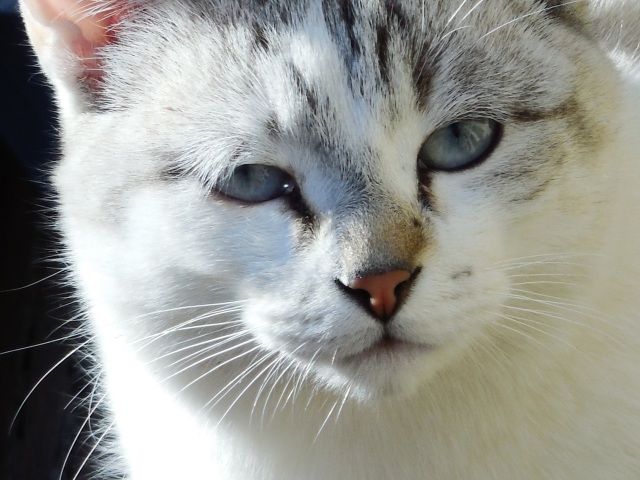 Even Barnett Shale spokesperson, Ed Ireland , says* its simple to push a well ER shut in (red) button….“Most of these producing sites within cities have what’s called ‘the big red button.’ And that’s the training: You enter the site and push the button”.
—– Forwarded Message —–
From: kim feil <kimfeil@sbcglobal.net>
To: “tiara.richard@arlingtontx.gov” <tiara.richard@arlingtontx.gov>
Sent: Thursday, December 4, 2014 11:15 AM
Subject: Fw: Next year can National Night Out AFD…

National Night Out can be even more informative if they have conversations and maybe even hands on training…. I have repeatedly asked for neighborhood captain training (with ZERO response) on how to enter a drill site and hit the red button to shut off the spewing wells or overflowing produced water storage tanks in the event that roads or personnel cannot get to a well site in the neighborhoods due to either impassable roads or tied up with other emergencies like during the Oct 2 storm-they couldn’t be everywhere…
Please have SOMEONE from the city respond, thanks.

I truly believe if the roads ice up and our fire dept specialist division gas well response vehicles cannot get to the site or heaven forbid multiple sites (or phone lines/power is down/communication is hampered), that a designated nearby homeowner should be instructed how to go to the gaswell site and know where to find and push the red, manual shut down button in the event of spillage or gas release. How do-able is this training in a pinch?
Kim Feil

*I believe some of what training community volunteers involve…

1) identifying healthy people living close by to be physically able to get to the site on foot (not a car) with cell phone turned off to avoid static fires.
2) knowing that fire department is not reachable (ie 911 down, roads impassable, spewing needs containment asap)
3) knowing where the red button is
4) calling driller and the city alerting them of citizen manual shut down in ER situation
Star Telegram comments for the record…http://www.star-telegram.com/2013/12/03/5388994/leaks-at-urban-gas-wells-uncommon.html?rh=1
Kim Triolo Feil ·

Since TX Statute 253.005 forbids drilling in heavily settled municipalities, I unsuccessfully ran for City Council Seat to try to enforce this. Since Urban Drilling, our drinking water has almost tripled for TTHM's. Before moving to Arlington in 1990, I lived in Norco’s “cancer alley”, a refinery town. It was only after Urban Drilling in Arlington did I start having health effects. After our drill site was established closest to my home, the chronic nosebleeds started. I know there are more canaries here in Arlington having reactions to our industrialized airshed (we have 55-60 padsites of gas wells). Come forward and report to me those having health issues especially if you live to the north/northwest of a drill site so I can map your health effects on this blog. My youtube account is KimFeilGood. FAIR USE NOTICE: THIS SITE MAY CONTAIN COPYRIGHTED MATERIAL THE USE OF WHICH HAS NOT ALWAYS BEEN SPECIFICALLY AUTHORIZED BY THE COPYRIGHT OWNER. MATERIAL FROM DIVERSE AND SOMETIMES TEMPORARY SOURCES IS BEING MADE AVAILABLE IN A PERMANENT UNIFIED MANNER, AS PART OF AN EFFORT TO ADVANCE UNDERSTANDING OF THE SOCIAL JUSTICE ISSUES ASSOCIATED WITH EMINENT DOMAIN AND THE PRIVATIZATION OF PUBLIC INFRASTRUCTURE (AMONG OTHER THINGS). IT IS BELIEVED THAT THIS IS A 'FAIR USE' OF THE INFORMATION AS ALLOWED UNDER SECTION 107 OF THE US COPYRIGHT LAW. IN ACCORDANCE WITH TITLE 17 USC SECTION 107, THE SITE IS MAINTAINED WITHOUT PROFIT FOR THOSE WHO ACCESS IT FOR RESEARCH AND EDUCATIONAL PURPOSES. FOR MORE INFORMATION, SEE: HTTP://WWW.LAW.CORNELL.EDU/ TO USE MATERIAL REPRODUCED ON THIS SITE FOR PURPOSES THAT GO BEYOND 'FAIR USE', PERMISSION IS REQUIRED FROM THE COPYRIGHT OWNER INDICATED WITH A NAME AND INTERNET LINK AT THE END OF EACH ITEM. (NOTE: THE TEXT OF THIS NOTICE WAS ALSO LIFTED FROM CORRIDORNEWS.BLOGSPOT.COM)
View all posts by Kim Triolo Feil →
This entry was posted in Uncategorized and tagged att stadium, button, cat, chesapeake, cityofarlington arlington, cowboys, crowsen, crowson, designated, disaster, don, earthquake, ems, feil, frackquake, frigid, frozen, Kim, kimfeilgood, neighborhood, parajon, push, red, red button, regis, shakeout, terrorism, tiara richard, tornado, training, Uncategorized, usgs, weather. Bookmark the permalink.