Why a Ban on Injection Wells is TWOFOLD NECESSARY 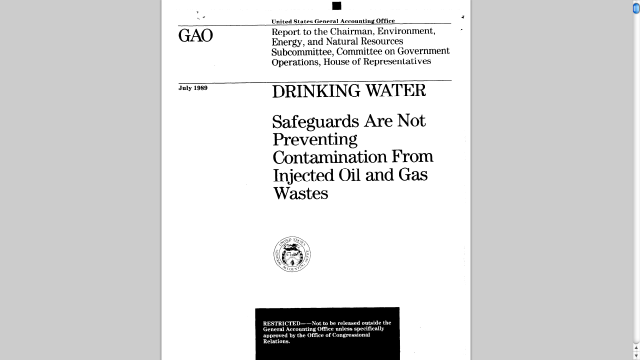 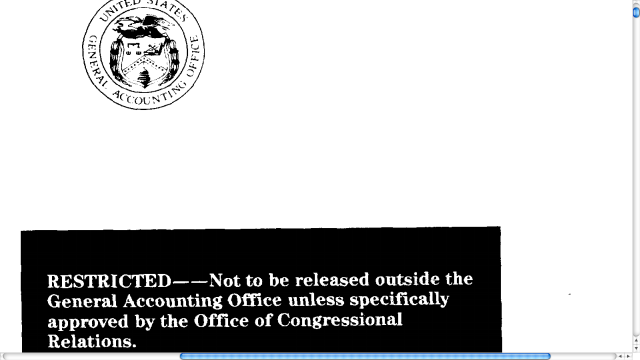 To know me is to ban me says the Injection Well silently smiling as he swallows the toxic load into mother earths gut.

This 1987 GAO document, that once was confidential, speaks of known ground water contamination from injection wells whose contents communicated with nearby failed casings of other nearby wells…now add the seismic activity from injection wells to further risk ALL casings. Click here for an abbreviated version of the 1989 GAO findings.

Read here from Texas Sharon’s blog about the different ways this waste water can be processed or disposed.

Want a job trucking around the waste water? Then click here to see BUBBA videos on  “Truckers Injection Well Work 101“.

We should not be creating

the need to dispose of frack related production waters.

Rather we should be exploiting

A ban of injection wells is NECESSARY now that HB40 effectively allows them to literally be permitted ANY where now.

Arlington and Ft Worth “HAD” Injection Well bans in their ordinance, but HB40 now can argue the commercial reasonableness of any convenient and cost savings location and stick them in your backyards like they did those drill sites.

Below I speak about how oil waste water in California Kern county is not going to injection wells but is rather being sold to water crops. Here Aljazeera speaks of the brine water being barged in to the existing FAS disposal injection well site in Louisiana near the Atchafalaya Basin.…the Aljazeera story reports an expansion plan to instead start piping in and building a pipeline UNDER the waterway. Either way it is obvious that the old oceans disturbed and brought up as TENORM needs to be injected into mother earth (near the gulf coast-wow-near the edge of the continental shelf!).

The growth of areas being fracked/and subsequent need for injection wells is staggering…but even more so, is the scientific community’s agreement that mother nature is responding to this by the uptick in our seismic events…more injection means more geological displacement risks to more intense manmade quakes…especially more vulnerable is where these injection wells are positioned near unintended or unknown fault lines…..

Heres my thoughts on the California brine for food story…the reason I add it to this blog is because if we DO BAN injection wells because of water contamination threat and seismic events, the alternate to water crops with it still has the issues of food poisoning risk and still we have subsurface ocean water displacement/seismicity issues…so the answer is to BAN FRACKING so we do not create the disposal waste nightmare.
The FDA does NOT test the water in California before they sell it to the farmers who blend it with other water (to reduce the brine content) for California produce. The risk to food leeching and eventual groundwater contamination…as well as ever increasing salt content causing a barren soil and repeat of the dust bowl…omg…US food supply at risk…thank you Chevron. I blogged about this back on April 9 2015 and I show a chart of produced water (not flowback) that shows a comparison of which type of gas extracted yields which quantities of produced water.

This produced water (old oceans disturbed when we mine for fossil fuels) has three brine content categories. The one that has the least amount  of  brine is what is being reported that Chervon sells to Kern county. Chervon “says” the oil is separated (but Duke’s scientist Avner Vengosh may beg to differ) and then they send the “separated” ocean water/still laced with TENORM to walnut water husks treatment and then sell it to the Cawelo Water District who may or may not blend it with their water (that is becoming more scarce by the day).

..stay with me on this ya’ll….now jump to the big Royal Dutch Shell purchase recently of mammoth proportions for LNG exploitation…they can focus on the the type of gas (frack for coal seam) that has the most produced water disturbed (that chart I referenced earlier)… 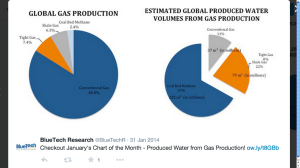 which coal seam gas yields the most quantity of brine disturbed in an area (Australia) that has been reported to have the least brine content….effectively mining for water ya’ll.

DISPLACEMENT OF SUCH QTY’S IN LONG DURATION ONLY RISKS SEISMICITY OF EVER INCREASING LARGER QUAKES… NO WONDER CALIFORNIA IS NOTORIOUS FOR ITS EARTH QUAKES!!!!*

FYI Karnes County representatives was pushing the legislature on May 4, 2015 to adopt more stringent rules to avoid the rubber stamping of injection well locations and they bring up a valid point that they deserve the waste from their wells, but that other towns need to hang on to their own waste and not bring it to them.  Venus TX residents and officials probably feel that way too about accepting our DFW toxic waste waters….but the owners of that injection well are just probably happy to take as much as they can as fast as they can…..they get paid by the gallon…which is another blog story on the short cuts that some truckers have been accused of dumping some before their destination.

Frightening factoid comparison=length of fault line and energy of quake not related? 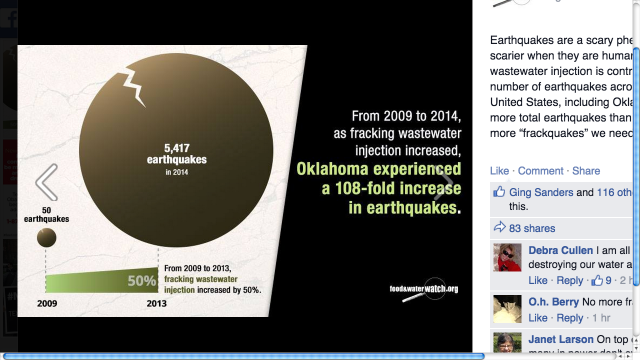 Since TX Statute 253.005 forbids drilling in heavily settled municipalities, I unsuccessfully ran for City Council Seat to try to enforce this. Since Urban Drilling, our drinking water has almost tripled for TTHM's. Before moving to Arlington in 1990, I lived in Norco’s “cancer alley”, a refinery town. It was only after Urban Drilling in Arlington did I start having health effects. After our drill site was established closest to my home, the chronic nosebleeds started. I know there are more canaries here in Arlington having reactions to our industrialized airshed (we have 55-60 padsites of gas wells). Come forward and report to me those having health issues especially if you live to the north/northwest of a drill site so I can map your health effects on this blog. My youtube account is KimFeilGood. FAIR USE NOTICE: THIS SITE MAY CONTAIN COPYRIGHTED MATERIAL THE USE OF WHICH HAS NOT ALWAYS BEEN SPECIFICALLY AUTHORIZED BY THE COPYRIGHT OWNER. MATERIAL FROM DIVERSE AND SOMETIMES TEMPORARY SOURCES IS BEING MADE AVAILABLE IN A PERMANENT UNIFIED MANNER, AS PART OF AN EFFORT TO ADVANCE UNDERSTANDING OF THE SOCIAL JUSTICE ISSUES ASSOCIATED WITH EMINENT DOMAIN AND THE PRIVATIZATION OF PUBLIC INFRASTRUCTURE (AMONG OTHER THINGS). IT IS BELIEVED THAT THIS IS A 'FAIR USE' OF THE INFORMATION AS ALLOWED UNDER SECTION 107 OF THE US COPYRIGHT LAW. IN ACCORDANCE WITH TITLE 17 USC SECTION 107, THE SITE IS MAINTAINED WITHOUT PROFIT FOR THOSE WHO ACCESS IT FOR RESEARCH AND EDUCATIONAL PURPOSES. FOR MORE INFORMATION, SEE: HTTP://WWW.LAW.CORNELL.EDU/ TO USE MATERIAL REPRODUCED ON THIS SITE FOR PURPOSES THAT GO BEYOND 'FAIR USE', PERMISSION IS REQUIRED FROM THE COPYRIGHT OWNER INDICATED WITH A NAME AND INTERNET LINK AT THE END OF EACH ITEM. (NOTE: THE TEXT OF THIS NOTICE WAS ALSO LIFTED FROM CORRIDORNEWS.BLOGSPOT.COM)
View all posts by Kim Triolo Feil →
This entry was posted in Uncategorized and tagged #commerciallyreasonable, 1989, ban, ban on bans, Barnett, candidates, cityofarlington, commercial, disposal, epa, fracking, ft worth, gao, hb40, injection, liveable arlington, nctca, produced waters, reasonable, report, setback, setbacks, shale, Texas Sharon, Uncategorized, venus, waste, well. Bookmark the permalink.