Re: HB40 should Arlington remove ER response fee-per-well off the books? / UDAD

ALSO in question if up for “repeal” is the 14-043 amendment related to the location of gas wells albeit not sure if this amendment was more protective than what it amended in the first place….such is the lack of transparency in gasland…..

“Council member R. Shepard made a motion to approve final reading of an ordinance amending the “Fire Prevention” Chapter of the Code of the City of Arlington, Texas, 1987, through the amendment of Article I, General Provisions, Section 1.03, Amendments, Additions and Deletions, by the amendment of a portion of Subsection 121 relative to the amendment of Subsection 3406.3.1 related to the location of gas wells; providing for a fine of up to $2,000 for each offense in violation of the ordinance; providing this ordinance be cumulative; providing for severability; providing for governmental immunity; providing for injunctions; providing for publication and becoming effective 30 days after the final adoption of the ordinance, with the following amendment to the language of Subsection 3406.3.1.3.1, where wells exist on the drill site, additional wells may be drilled and drill zones may be established within 300 feet (91440MM) of buildings within occupancy in group A, E, or I. If feasible, additional wells shall not be located closer to the buildings than existing wells. Seconded by Councilmember S. Capehart, the motion carried with 8 ayes and 0 nays”.

After the passage of HB 40, which limits local control of Urban Drilling municipal rules, it became obvious that the fee-per-well law suit brought against the City of Arlington back in 2012 fit the criteria of when local control could not be enforced locally.

The City of Denton recently repealed the fracking ban off their books due to HB40 going into law that says it is not enforceable, likewise I wonder if Arlington follow suit?

At the 6/16/15 City of Arlington’s day session, they showed a  video during the legislative session where HB40’s bill author, Drew Darby, answered questions about if the bill would NOT over-reach into the fire code (International Fire Code) and Darby responded on 4/17 “absolutely, the events you’re mentioning (LABC frack spill of 4/11 & 12 2015 in Arlington) was obviously pointed out …the cooperation between the industry and local city authorities that put in place measures that put in place to protected the citizens, protected private property… and it worked. The operator called Boots N Coots, it wasn’t called in by the city, the operator recognizes the need to have outside help. They called it in …it worked there was no gas escaped, the plan worked. Fire codes are certainly within the prerogative of the city to implement with regards to oil and gas operations”.

Darby responded yes to both Representative Turner’s question if a 600 foot setback of homes from drilling is commercially reasonable and if it was a city’s ability to control dust, vibrations, & noise. Darby added that “I don’t see how that this House Bill 40 would effect those reasonable …ah…ordinances that are currently in effect and that have been agreed to by the operators and have been ..ah ..adhered to by the operators”.

Turner then asked about limiting drilling/fracking activities to daylight hours only and Darby responded ” You know I don’t want to go into every nuisance of every ordinance here in Texas, but certainly if thats an ordinance thats been on the books and operators have drilled wells pursuit to that ordinance (Turner interjects “and they have”) then I believe that the presumption would follow to that ordinance”.

Turner also brings up truck traffic, road issues, road bonds for repairs of damaged roads and Darby answered “I believe those ordinances would stand the test of HB40”.

Turner then trys to clarify mentioning Arlington using the International Fire Code as their local code and including their emergency preparation as well as response…and Darby interrupts saying “the intention of the bill… I mean in fact theres an express…aah rights for the city to have aah … fire and emergency…..ordinances”.

Fire & emergency ordinances?…did Darby just side with Arlington against those oil & gas associations suing us for the fee-per-well added to our ordinance here in Arlington?

Darby goes on to say in response to Turner speaking about future fire code changes “you know I don’t anticipate any problem with HB40 with regard to the implementation of a new fire code.  As long its not designed to prevent oil & gas operations …if its reasonable and accommodates the safety concerns, ah… then certainly this bill does not impact that”.

On the one hand he was specific that if an item on our books hadn’t yet been challenged, then it isn’t in violation of HB40, but in the next round of comments he says a city has a right to fire and emergency….ordinances.

And since our fee-per-well has been challenged by the industry….it obviously fails the industry’s “commercially reasonableness” tests and CAN be challenged as NOT enforceable under HB40.

HB40 also opens the door to other cost savings for the industry to say that they can no longer afford to haul the produced water to injections well miles and miles away and start drilling those here. Industry can also say that it is unreasonable to continue with electric compressors because the raw unpurified gas accessible at these drill sites can be used to power lift compressors…the big elephant here of HB40 is that in the future, actions taken in cutting corners can be argued as commercially reasonable…actions that can affect air quality are NOT controllable at the local level.

Notice we have control over using the International Fire Code, and in matters of controlling dust, truck routes, bonds to fix the roads, noise, lights, vibrations, and setbacks less than 600 feet…..but what about ODORS?

What about toxic emissions?

HB40 gives drill sites more rights than those in regards to our quality of air we breathe…in our own homesteads, in our schools, at our churches and businesses….urban drilling is being forced down our noses, lungs, endocrine systems…etc…and we have no provisions to protect ourselves from that fallout….fallouts that could include more asthma meds, higher rates of exposed children that risks: learning deficits/mental illness/suicides/higher crime rates…..unexplained nosebleeds…..hospitalizations, cancer care costs, and early death risks as Urban Drillsite Airshed Dwellers (UDAD).

As we are one day out here on Father’s Day I note…U-DAD helped give us life…UDAD may just take it away before our time.

I have to speak at an event on HB40 this week I need your assistance on HB40 where this item was not covered in last weeks day session meeting …. those new HB40 provisions (before passage) allow cities to enforce reasonable setbacks and to protect them from lawsuits if their local ordinances had not prompted litigation during the previous five years.… that “fee per well” that has been challenged by the industry (with that lawsuit back in 2012) has it looking like we cannot enforce it…will we be removing it off the books?
Did this law suit ever get a day in court?
Have we even ever collected any money from these fees charged?
Thanks for the info.

Kim,
This issue is still in process with an outcome yet to be finalized.
As soon as it is resolved the community will be made aware.
Thanks
Don

Sent from my iPad

Here is the slide show that our city gas well department had on the overhead at the day session on June 16, 2015…mark your calendar to come with your questions about HB40 on the August 1, 2015 citizen meeting. 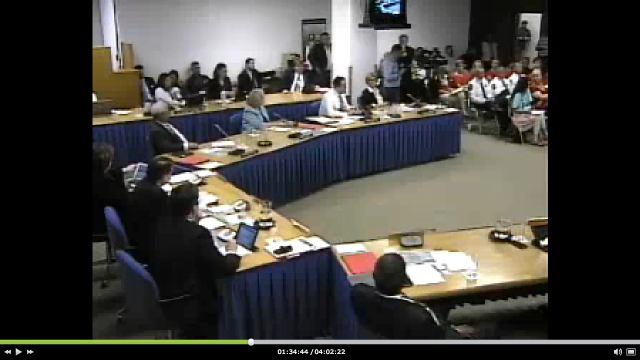 Since TX Statute 253.005 forbids drilling in heavily settled municipalities, I unsuccessfully ran for City Council Seat to try to enforce this. Since Urban Drilling, our drinking water has almost tripled for TTHM's. Before moving to Arlington in 1990, I lived in Norco’s “cancer alley”, a refinery town. It was only after Urban Drilling in Arlington did I start having health effects. After our drill site was established closest to my home, the chronic nosebleeds started. I know there are more canaries here in Arlington having reactions to our industrialized airshed (we have 55-60 padsites of gas wells). Come forward and report to me those having health issues especially if you live to the north/northwest of a drill site so I can map your health effects on this blog. My youtube account is KimFeilGood. FAIR USE NOTICE: THIS SITE MAY CONTAIN COPYRIGHTED MATERIAL THE USE OF WHICH HAS NOT ALWAYS BEEN SPECIFICALLY AUTHORIZED BY THE COPYRIGHT OWNER. MATERIAL FROM DIVERSE AND SOMETIMES TEMPORARY SOURCES IS BEING MADE AVAILABLE IN A PERMANENT UNIFIED MANNER, AS PART OF AN EFFORT TO ADVANCE UNDERSTANDING OF THE SOCIAL JUSTICE ISSUES ASSOCIATED WITH EMINENT DOMAIN AND THE PRIVATIZATION OF PUBLIC INFRASTRUCTURE (AMONG OTHER THINGS). IT IS BELIEVED THAT THIS IS A 'FAIR USE' OF THE INFORMATION AS ALLOWED UNDER SECTION 107 OF THE US COPYRIGHT LAW. IN ACCORDANCE WITH TITLE 17 USC SECTION 107, THE SITE IS MAINTAINED WITHOUT PROFIT FOR THOSE WHO ACCESS IT FOR RESEARCH AND EDUCATIONAL PURPOSES. FOR MORE INFORMATION, SEE: HTTP://WWW.LAW.CORNELL.EDU/ TO USE MATERIAL REPRODUCED ON THIS SITE FOR PURPOSES THAT GO BEYOND 'FAIR USE', PERMISSION IS REQUIRED FROM THE COPYRIGHT OWNER INDICATED WITH A NAME AND INTERNET LINK AT THE END OF EACH ITEM. (NOTE: THE TEXT OF THIS NOTICE WAS ALSO LIFTED FROM CORRIDORNEWS.BLOGSPOT.COM)
View all posts by Kim Triolo Feil →
This entry was posted in Uncategorized and tagged arlington, asthma, Barnett, benzene, btex, cancer, challnege, chris turner, Church, cityofarlington, compressor, contamination, council, death, denton, disease, don, drew darby, drilling, emissions, explosion, fee per gas well, fire, flowback, frack, fracking, fracturing, hb40, ordinance, u-dad, udad, Uncategorized. Bookmark the permalink.