Radioactivity in drilling waste not measured and Avner Vengosh is concerned

When the LABC water tests came back from evaluating what spilled in Arlington and ran through the neighborhoods, it didn’t measure radioactivity which is what the following geochemist is concerned about with waste waters from gas drilling….

Avner Vengosh is a geochemist studying water quality at Duke University, I boldfaced for emphasis the following focus for Water Director, Buzz Pishkur, to read and hopefully act upon. 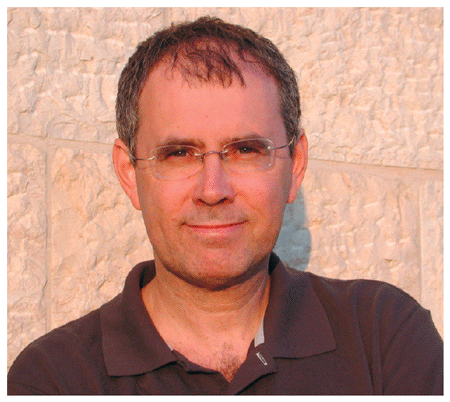 I boldfaced on Avner’s quote to American Scientist: “In fact, what we found in another study that we published last year is that even a tiny amount of brine, naturally occurring bromide that’s coming from a spill, could have a devastating effect on communities living downstream from the discharged water, because when communities use surface water, they usually disinfect the water to get rid of bacterial contamination. This disinfection process generates by-products if the water contains two components: One is organic matter, which is common in many of the streams and rivers; the other component is halogen, which means bromide and iodide. We did some experiments with colleagues from Stanford University and showed that a tiny amount of hydraulic fracturing fluid mixed with surface water could trigger the formation of disinfection byproducts. Some components, such as iodinated trihalomethanes, which are extremely toxic, are not being regulated by the Environmental Protection Agency (EPA) and could be generated from the introduction of the wastewater into drinking water utilities. Even a tiny spill with a small amount of the bromide and iodide could trigger the formation of those highly toxic disinfection by-products in drinking water.

Naturally occurring contaminants, including the radioactivity, may have more effects and be more widespread than the manmade chemicals that everybody is making their focus”.

I’ve blogged about bromides and halides in the past. Avner Vengosh is one of the scientists that I hang on his every word. Everytime I read something he publishes, I feel more vindicated in my calling fracking waste water FRACK ON CRACK because adding manmade concoctions to normally occurring “bowels of the earth” dangerous effluents can have horrible consequences. And if the government doesn’t require us to monitor for specific constituents, then we could be drinking legally allowed poisoned water.

I also boldfaced below on the Sept 2014 Rice University (RU) study of produced water from shale formations in Texas, Pennsylvania & New Mexico… “Initially, the project undertook chemical analysis of fracking fluids pumped through gas-producing shale formations in Texas, Pennsylvania and New Mexico. Early findings suggested that shale oil and gas-produced water does not contain significant amounts of the polyaromatic hydrocarbons that could pose health hazards. Instead, the research team discovered minute amounts of other chemical compounds which led the team to suggest that the industry would be wise to focus its efforts on developing nonchemical treatments for fracking and produced water. RU team also found that produced water contained potentially toxic chlorocarbons and organobromides, most likely formed from interactions between high levels of bacteria in the water and salts or chemical treatments used in fracking fluids.

The abstract of the study can be found here.

Dr Plata (also concerned with surface contamination and assistant professor of chemical and environmental engineering at Yale ) says that in the Pennsylvania water study, that radiation wasn’t their focus either.

We made the mad dash for cash for gas well Urban Drilling and now those effluents risk getting in our source water that is treated for our drinking water.

Since TX Statute 253.005 forbids drilling in heavily settled municipalities, I unsuccessfully ran for City Council Seat to try to enforce this. Since Urban Drilling, our drinking water has almost tripled for TTHM's. Before moving to Arlington in 1990, I lived in Norco’s “cancer alley”, a refinery town. It was only after Urban Drilling in Arlington did I start having health effects. After our drill site was established closest to my home, the chronic nosebleeds started. I know there are more canaries here in Arlington having reactions to our industrialized airshed (we have 55-60 padsites of gas wells). Come forward and report to me those having health issues especially if you live to the north/northwest of a drill site so I can map your health effects on this blog. My youtube account is KimFeilGood. FAIR USE NOTICE: THIS SITE MAY CONTAIN COPYRIGHTED MATERIAL THE USE OF WHICH HAS NOT ALWAYS BEEN SPECIFICALLY AUTHORIZED BY THE COPYRIGHT OWNER. MATERIAL FROM DIVERSE AND SOMETIMES TEMPORARY SOURCES IS BEING MADE AVAILABLE IN A PERMANENT UNIFIED MANNER, AS PART OF AN EFFORT TO ADVANCE UNDERSTANDING OF THE SOCIAL JUSTICE ISSUES ASSOCIATED WITH EMINENT DOMAIN AND THE PRIVATIZATION OF PUBLIC INFRASTRUCTURE (AMONG OTHER THINGS). IT IS BELIEVED THAT THIS IS A 'FAIR USE' OF THE INFORMATION AS ALLOWED UNDER SECTION 107 OF THE US COPYRIGHT LAW. IN ACCORDANCE WITH TITLE 17 USC SECTION 107, THE SITE IS MAINTAINED WITHOUT PROFIT FOR THOSE WHO ACCESS IT FOR RESEARCH AND EDUCATIONAL PURPOSES. FOR MORE INFORMATION, SEE: HTTP://WWW.LAW.CORNELL.EDU/ TO USE MATERIAL REPRODUCED ON THIS SITE FOR PURPOSES THAT GO BEYOND 'FAIR USE', PERMISSION IS REQUIRED FROM THE COPYRIGHT OWNER INDICATED WITH A NAME AND INTERNET LINK AT THE END OF EACH ITEM. (NOTE: THE TEXT OF THIS NOTICE WAS ALSO LIFTED FROM CORRIDORNEWS.BLOGSPOT.COM)
View all posts by Kim Triolo Feil →
This entry was posted in avner vengosh, spill, water world and tagged alpha, arlington, avner, avner vengosh, beta, bromide, buzz pishkur, by products, byproducts, cityofarlington, COLLOIDS, disinfectant, downstream, frack on crack, Gamma, halogen, iodide, iodinated, labc, lake arlington, lake arlington baptist church, quality, radioactivity, sediment, spill, terracon, texas, trihalomethanes, tx, upstream, vengosh, water, water world. Bookmark the permalink.