Regarding wet gas padsites in Texas, “MOST TANKS” use vapor recovery in Texas (to meet a 25 tpy VOC limit)…but in my North TX Barnett Shale “dry gas” urban drilling areas (where the majority of the gas well padsites & compressors are under a “permit by rule”), operators do not have to mitigate emissions under 25 tpy VOC’s and that is not protective of public health in a non-attainment to ozone federal standards in densely populated areas like in Tarrant county where I live.
One to twenty-four tons per year VOC’s is NOT proven safe for human health when you consider the aggregate build out of about 25,000 Barnett Shale wells in our already overtaxed urban air shed with vehicle emissions.
Please do away with the allowable 25 tpy voc threshold in urban areas that are not in ozone attainment so that emission control equipment is mandated on every padsite and every piece of equipment capable of emissions. Please mandate catalytic converters on all lift compressors, and demand blowdowns to be diverted to a gas buster and require vapor recovery devices on storage tanks in all urban drilling areas that are in non-attainment to the federal ozone standard.
Thank you
Kim Feil
————————————-

Regarding the public commenting process in person held at hte NCTCOG building in Arlington…..

For almost four hours on 1/21/2016 DFW citizens addressed TCEQ officials AGAIN (more forceably this time ’round) to ask for a meaningful air quality ozone attainment plan. We threatened that if they did not do their job that they risk having the EPA step in and write a State Implementation Plan (SIP) “for” them. The last 5 SIP plans have failed us. Over the last 20 plus years we have had unhealthy air and have FAILED to come into attainment to the federal standards (which are lose to begin with).

Electronic comments may be submitted at:

http://www1.tceq.texas.gov/rules/ecomments/. File size restrictions may apply to comments being submitted via the eComments system. All comments should reference the Dallas-Fort Worth Attainment Demonstration for the 2008 Eight-Hour Ozone Nonattainment Area, Project Number 2015-014-SIP-NR.

Here is my coverage…

I must apologize for missing taking notes on the first speakers as I was writing my speech. I was at the NCTCOG earlier in the day attending and blogging about the Water Conservation Council meeting. I did stop writing to take a great picture of Smitty Smith (Austin) of Public Citizen Texas… 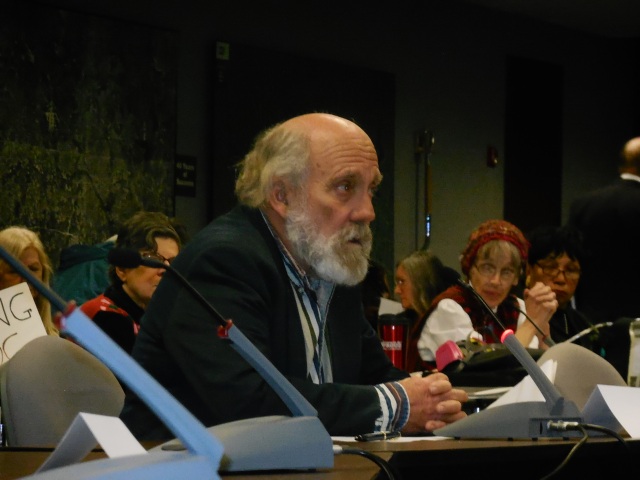 “curious relic of the past”

“Where is the air that is frack free?

Must I trust silica dust to be radioactive free?

If I had a bionic lung, this song I would not have sung. 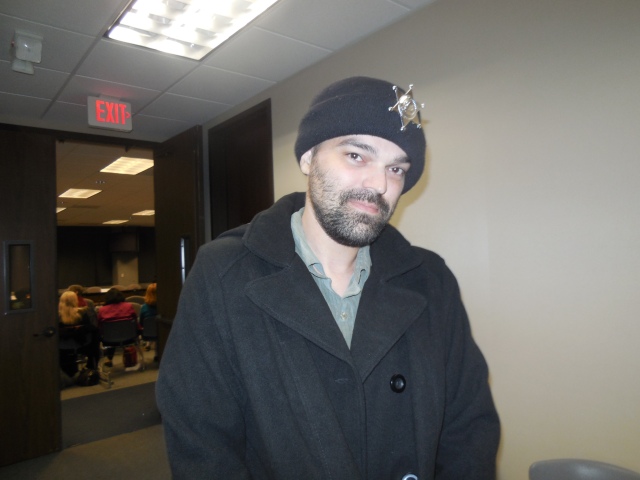 The EPA folks were there and sat behind  the speakers….

Half way through, they moved to the back of the room…after people dispersed, and I took a picture of the TCEQ and NCTCOG crew…… 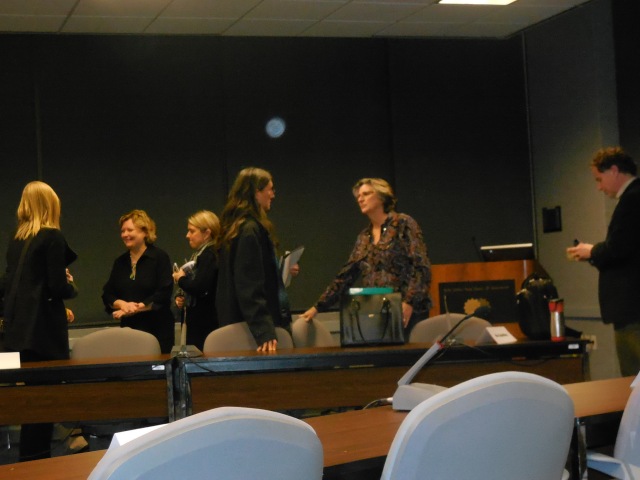 And KUDO’s to one busy, kick butt court reporter who got the whole shalack on transcript!

Here are some some un-named and sideways pics… 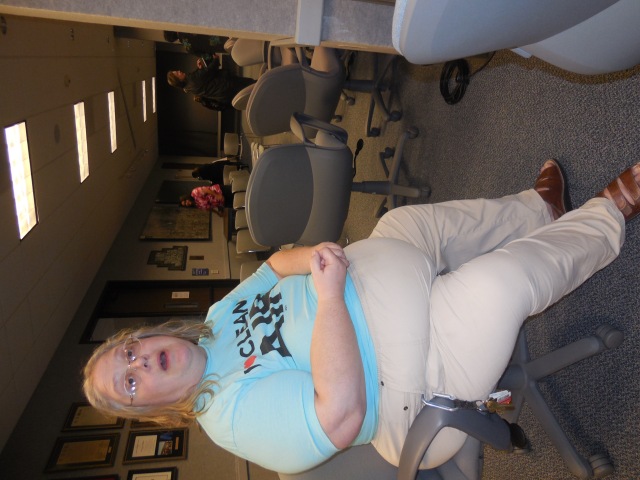 Sorry If I forgot to name others, got the account incorrect, or miss spelled names please email me with any corrections/additions at kimfeil@sbcglobal.net

Since TX Statute 253.005 forbids drilling in heavily settled municipalities, I unsuccessfully ran for City Council Seat to try to enforce this. Since Urban Drilling, our drinking water has almost tripled for TTHM's. Before moving to Arlington in 1990, I lived in Norco’s “cancer alley”, a refinery town. It was only after Urban Drilling in Arlington did I start having health effects. After our drill site was established closest to my home, the chronic nosebleeds started. I know there are more canaries here in Arlington having reactions to our industrialized airshed (we have 55-60 padsites of gas wells). Come forward and report to me those having health issues especially if you live to the north/northwest of a drill site so I can map your health effects on this blog. My youtube account is KimFeilGood. FAIR USE NOTICE: THIS SITE MAY CONTAIN COPYRIGHTED MATERIAL THE USE OF WHICH HAS NOT ALWAYS BEEN SPECIFICALLY AUTHORIZED BY THE COPYRIGHT OWNER. MATERIAL FROM DIVERSE AND SOMETIMES TEMPORARY SOURCES IS BEING MADE AVAILABLE IN A PERMANENT UNIFIED MANNER, AS PART OF AN EFFORT TO ADVANCE UNDERSTANDING OF THE SOCIAL JUSTICE ISSUES ASSOCIATED WITH EMINENT DOMAIN AND THE PRIVATIZATION OF PUBLIC INFRASTRUCTURE (AMONG OTHER THINGS). IT IS BELIEVED THAT THIS IS A 'FAIR USE' OF THE INFORMATION AS ALLOWED UNDER SECTION 107 OF THE US COPYRIGHT LAW. IN ACCORDANCE WITH TITLE 17 USC SECTION 107, THE SITE IS MAINTAINED WITHOUT PROFIT FOR THOSE WHO ACCESS IT FOR RESEARCH AND EDUCATIONAL PURPOSES. FOR MORE INFORMATION, SEE: HTTP://WWW.LAW.CORNELL.EDU/ TO USE MATERIAL REPRODUCED ON THIS SITE FOR PURPOSES THAT GO BEYOND 'FAIR USE', PERMISSION IS REQUIRED FROM THE COPYRIGHT OWNER INDICATED WITH A NAME AND INTERNET LINK AT THE END OF EACH ITEM. (NOTE: THE TEXT OF THIS NOTICE WAS ALSO LIFTED FROM CORRIDORNEWS.BLOGSPOT.COM)
View all posts by Kim Triolo Feil →
This entry was posted in Uncategorized and tagged adam, chris kite, curse, cursing, cuss, cussing, epa, f-bomb, fail, fbomb, nctcog, ozone, response, rinkleff, sip, state implementation plan, TCEQ, Uncategorized, yelling. Bookmark the permalink.