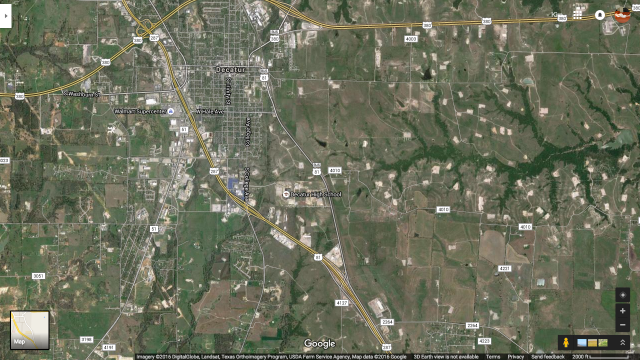 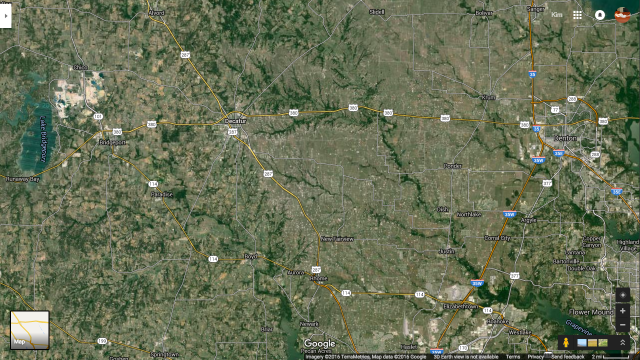 Today I learned at a watershed steward workshop that Texas’ biggest water problem is bacteria…when we frack, we inject water in the earth and start a bacteria festering festode of growth that require dosing of biocides….its no wonder microbes have taken hold in our drinking water and in response (to treating organics in the water), we dose them with chlorine or chloramines.

The EPA/TCEQ says we can only drink so much of the nasty, carcinogenic byproducts called Total Trihalomethanes which are the unwanted byproducts of disinfecting polluted water.

TTHM has no federal guideline for a margin of safety in a MCLG. Maximum Contaminant Level Goal assures us that below a certain level there is no known or expected risk to health.

“Trihalomethanes aren’t found in drilling wastewater, but there can be a link. The waste stream often contains bromide, a salt, which reacts with chlorine disinfectants used by drinking water systems to kill microbes. That interaction creates trihalomethanes.

The EPA says people who drink water with elevated levels of trihalomethanes for many years have an increased risk of getting cancer and could also develop problems of the liver, kidney or central nervous system”.

In January 2016 I reported that in 2009 Arlington TX had a spike where TTHM’s went as high as 26 ppb. While still under the 80 ppb MCL (maximum containment level), this was a dramatic departure from the second highest max of 16.3 ppb in 2010.

The good news for 2009 was that the average was 14.7 ppb, so the spike did not persist the whole year, but the overall range in TTHM’s have almost TRIPLED since we embraced Urban Drilling.

Note *Ft Worth’s TTHM’s have been chronically averaging about 45 ppb and have finally started dropping in 2012 which correlates to the reduced drilling in the Barnett Shale.

——————-how did I learn about this letter of TTHM violation? well a FB friend asked for a prayer and solidarity post for a friend whose child has undergone chemo/radiation (like my husband did) and that the child was dying…so I wanted to see the “Allison Community” being referenced in the post and here is what I found in Allison TexASS… a whole bunch of frackwells!

There is also a TTHM problem(video) in Maynard Massachusetts, yet there are no drill sites there. They think the bromide ions were to blame….I have blogged about bromide in drilling mud and how it turns to bromate and how bromate showed up in Arlington’s water reports.

Since TX Statute 253.005 forbids drilling in heavily settled municipalities, I unsuccessfully ran for City Council Seat to try to enforce this. Since Urban Drilling, our drinking water has almost tripled for TTHM's. Before moving to Arlington in 1990, I lived in Norco’s “cancer alley”, a refinery town. It was only after Urban Drilling in Arlington did I start having health effects. After our drill site was established closest to my home, the chronic nosebleeds started. I know there are more canaries here in Arlington having reactions to our industrialized airshed (we have 55-60 padsites of gas wells). Come forward and report to me those having health issues especially if you live to the north/northwest of a drill site so I can map your health effects on this blog. My youtube account is KimFeilGood. FAIR USE NOTICE: THIS SITE MAY CONTAIN COPYRIGHTED MATERIAL THE USE OF WHICH HAS NOT ALWAYS BEEN SPECIFICALLY AUTHORIZED BY THE COPYRIGHT OWNER. MATERIAL FROM DIVERSE AND SOMETIMES TEMPORARY SOURCES IS BEING MADE AVAILABLE IN A PERMANENT UNIFIED MANNER, AS PART OF AN EFFORT TO ADVANCE UNDERSTANDING OF THE SOCIAL JUSTICE ISSUES ASSOCIATED WITH EMINENT DOMAIN AND THE PRIVATIZATION OF PUBLIC INFRASTRUCTURE (AMONG OTHER THINGS). IT IS BELIEVED THAT THIS IS A 'FAIR USE' OF THE INFORMATION AS ALLOWED UNDER SECTION 107 OF THE US COPYRIGHT LAW. IN ACCORDANCE WITH TITLE 17 USC SECTION 107, THE SITE IS MAINTAINED WITHOUT PROFIT FOR THOSE WHO ACCESS IT FOR RESEARCH AND EDUCATIONAL PURPOSES. FOR MORE INFORMATION, SEE: HTTP://WWW.LAW.CORNELL.EDU/ TO USE MATERIAL REPRODUCED ON THIS SITE FOR PURPOSES THAT GO BEYOND 'FAIR USE', PERMISSION IS REQUIRED FROM THE COPYRIGHT OWNER INDICATED WITH A NAME AND INTERNET LINK AT THE END OF EACH ITEM. (NOTE: THE TEXT OF THIS NOTICE WAS ALSO LIFTED FROM CORRIDORNEWS.BLOGSPOT.COM)
View all posts by Kim Triolo Feil →
This entry was posted in Uncategorized and tagged 2015, bacteria, biocide, boil, Bromate, bromide, decatur, drilling, exceed, gluteraldehyde, january, massachusetts, maynard, q4, tthm, Uncategorized, water. Bookmark the permalink.